Nine Things to Love in Nagahama

Good morning Dream Drivers. Today we’ve got something for those of you looking for a super-chill, stress-free day of travel: Introducing the lovely lakeside of Nagahama, located in Northern Shiga prefecture.

It's famed for its sunsets and cherry blossom viewing, Nagahama is only an hour and a half away from Kyoto Station via car or train, making it a nice little trip out of town when you need a bit of a break from all the hustle and bustle.

It's super convenient for drivers and riders alike, Nagahama deftly earned a slot in our ever-growing list of “effortless Kyoto day-trips,” also check out Ohara, Kurama, Kibune and Takao along the way. Due to its ease of access, complete walkability and ideal scenery for aimless meandering.  For those of you cruising up in one of our Dream Drive beauties, there’s even free parking at Ho Park!

So, without further ado, here’s Nagahama:

Our day begins just west of Nagahama Station, where we follow the trees past the small children’s park to the grounds of Nagahama Castle.

According to Japan Visitor, Nagahama got its name from military general Toyotomi Hideyoshi in the 16th century when Toyotomi decided to build a castle there in honor of his lord, Oda Nobunaga; which we guess is what people did for their bosses before gift cards were invented.

Nagahama Castle, which also serves as a historical museum, offers sweeping views of Lake Biwa and is a great place to catch up with some very adorable locals, pictured below. 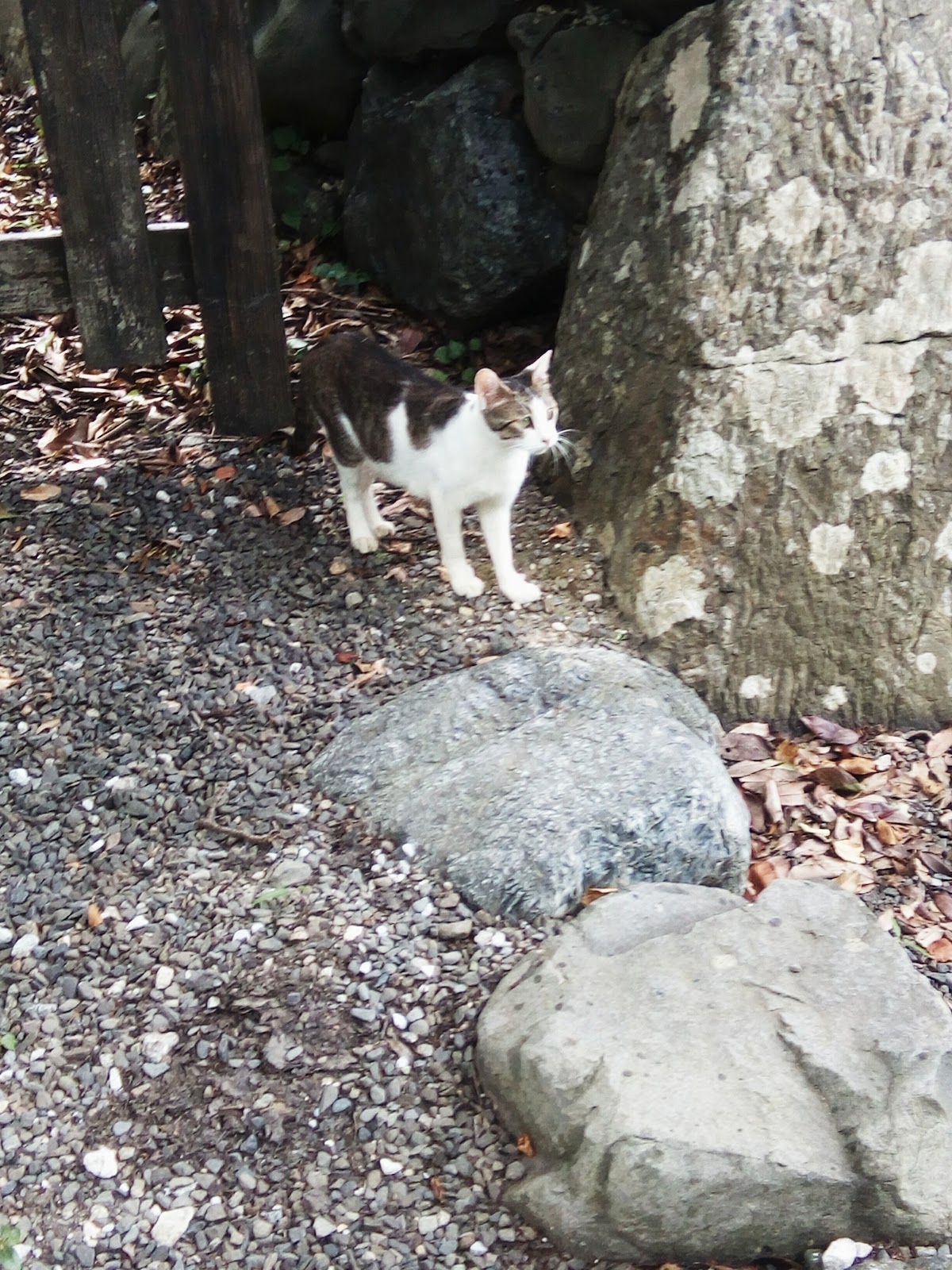 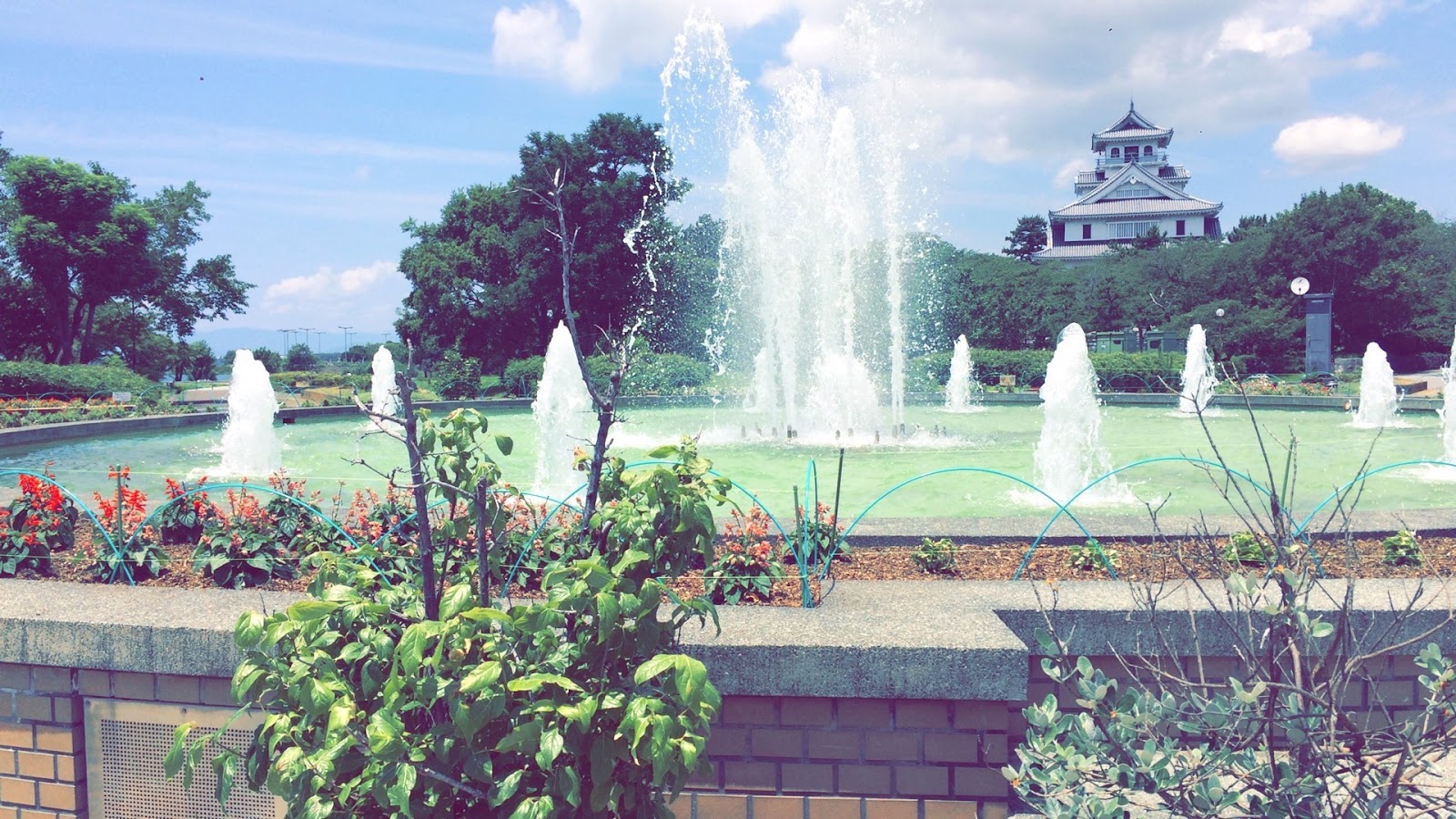 Descend the castle steps, hang a right and you’ll be greeted by a tiled square with a genteel old clock, bright flowers, and a fountain with its own magical soundtrack.  Japan Hoppers writes that Ho Park has over 800 cherry trees and was voted one of the top 100 places in Japan to see cherry blossoms and watch the sunset. 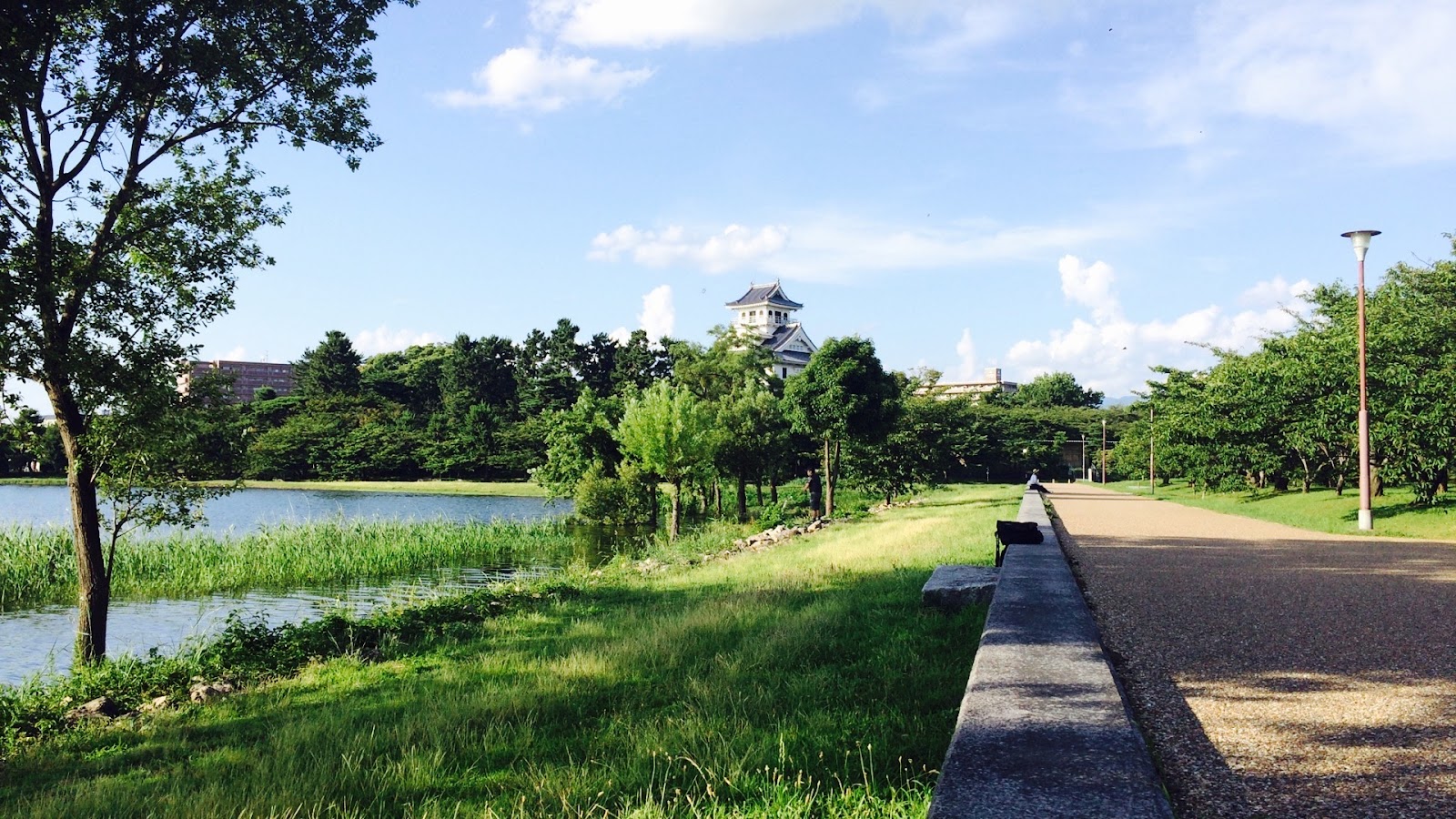 Just beyond the park, you’ll find the shores of Lake Biwa.  Japan’s largest body of freshwater, Lake Biwa is a lake disguised as an ocean. Have a stroll along the water’s edge, take out that Mishima novel, or spend some time thinking fondly of the cat you left behind at the castle. 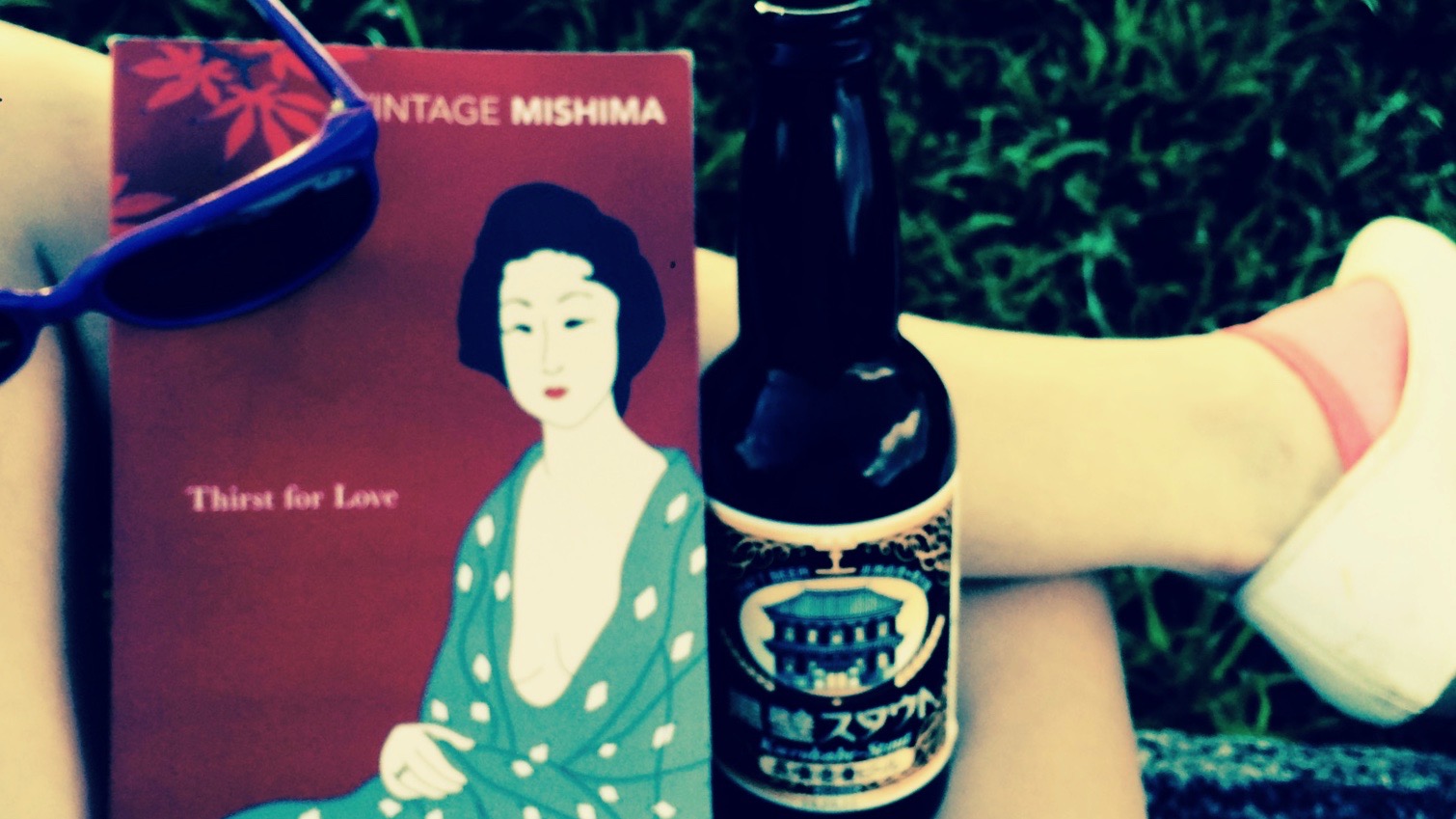 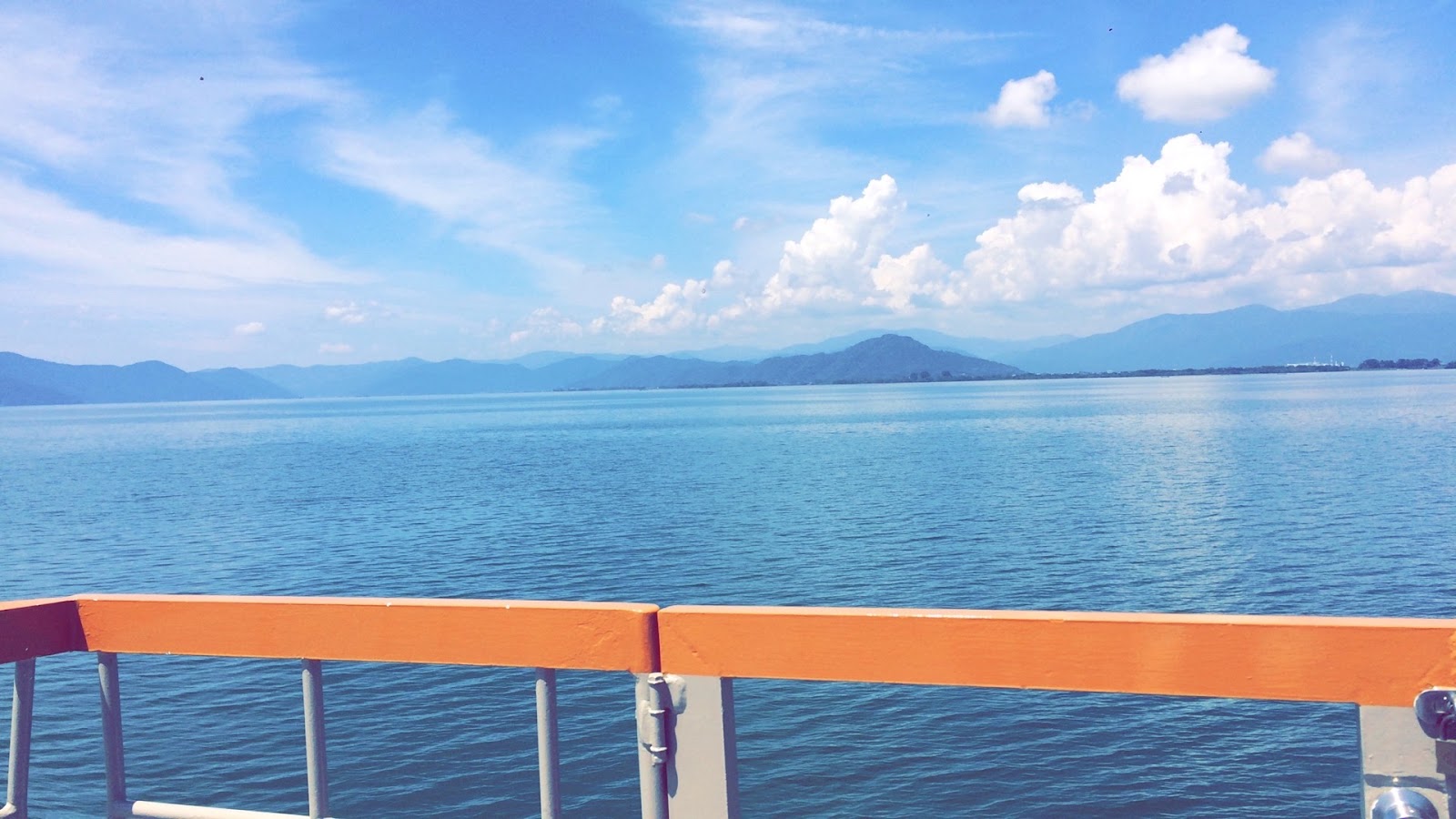 After you’ve had enough of solid ground, follow the lakeside path to Nagahama Port and set sail for Chikabuki Island! Known as an island of gods, Chikabuki is about 2km in diameter and has a number of things to see and do, including Tsukusubuma shrine, where one can pick up some mysterious vibes and even ward off evil!  The cruise itself is comfortable and serene and provides stunning views of the island and Lake Biwa. 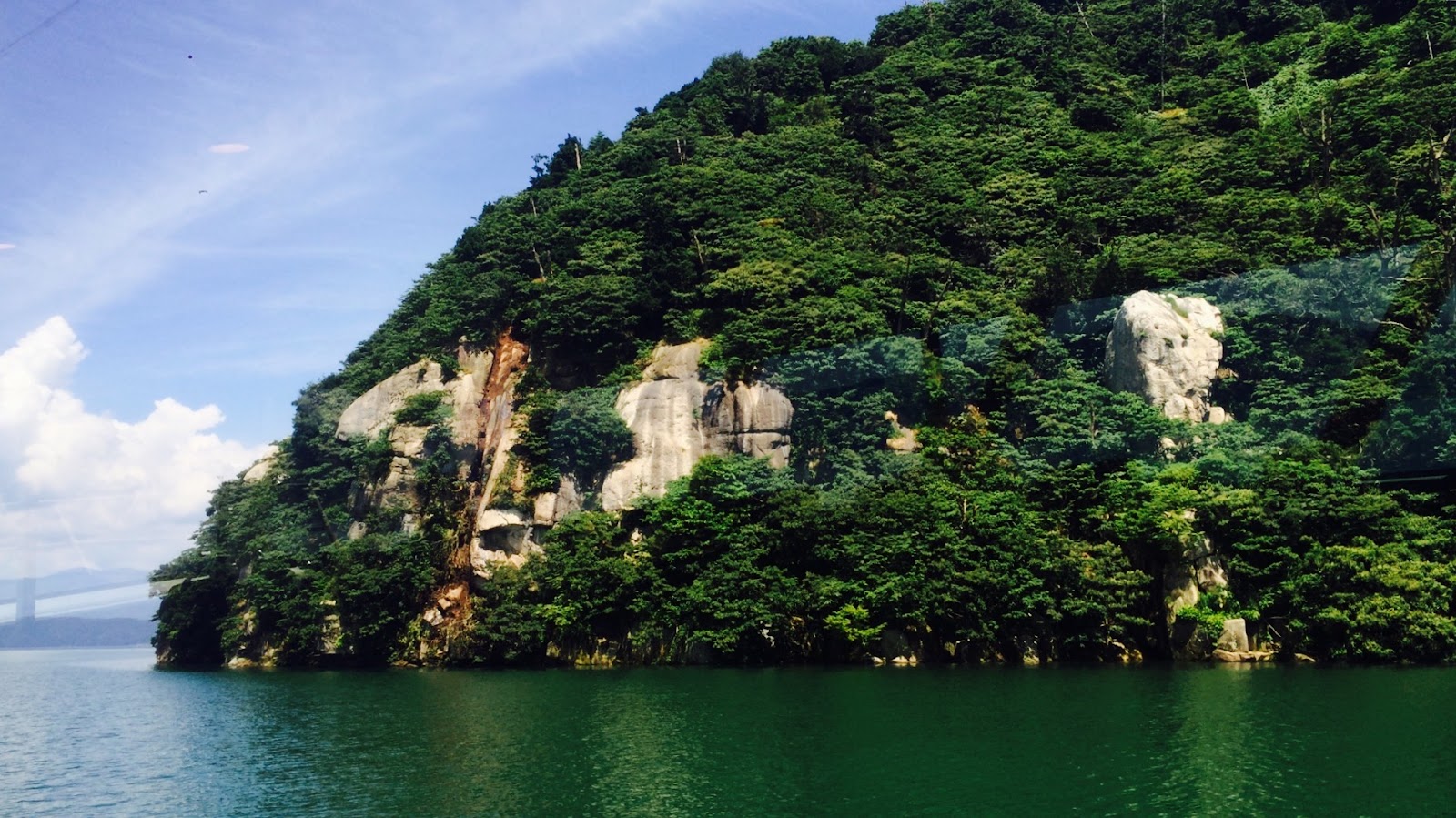 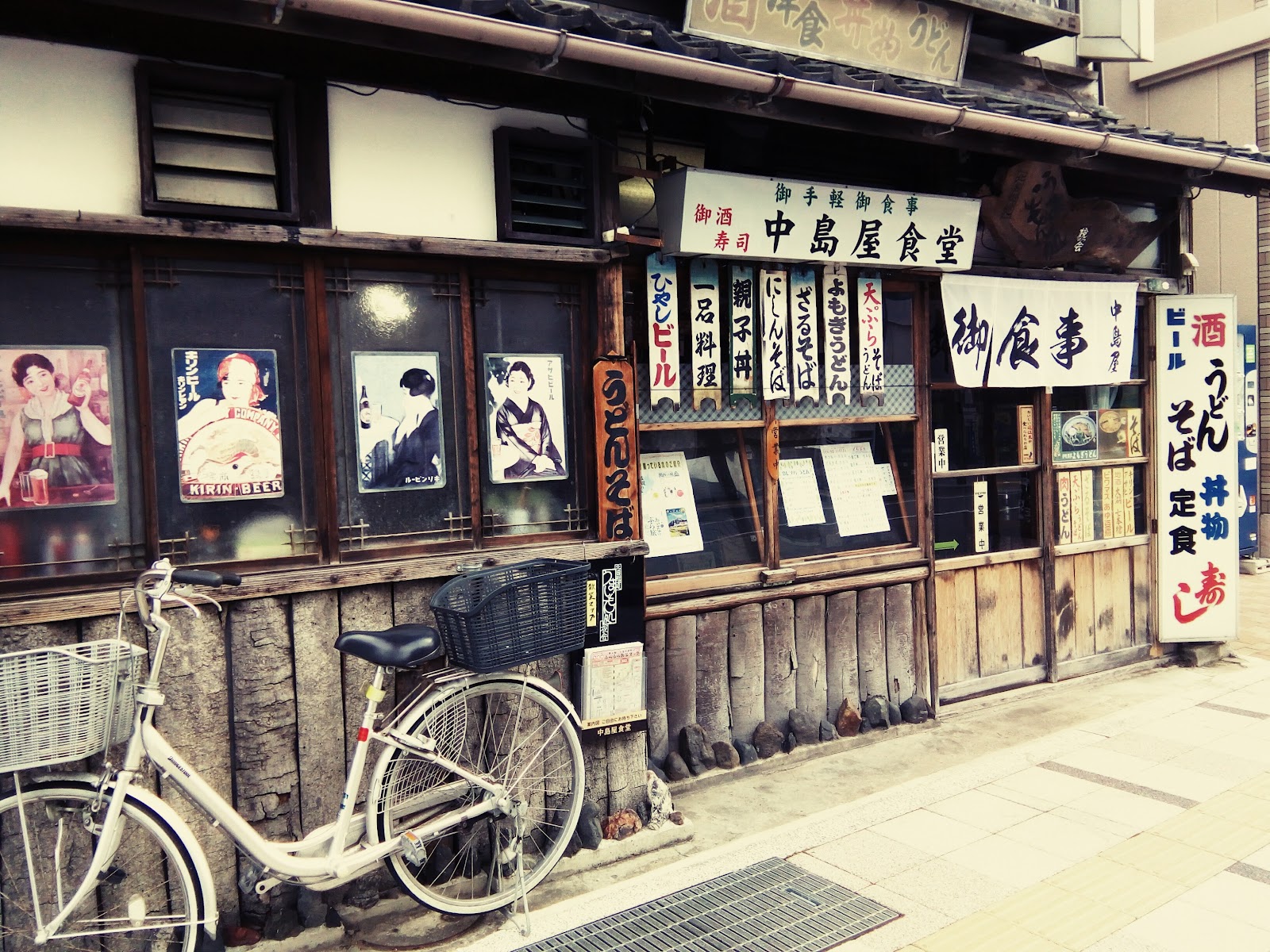 Back on land, we start making our way downtown towards Kurakabe square!

If you’re feeling peckish, pop into this picturesque soba/udon joint, pictured above. It's just across from the station.

Nagahama’s Kurakabe Square, which was built in the Meiji period, is a quiet paradise for window shoppers.  Take a gander at the gobs of local artisan shops, including loads of glass and ceramic joints. Visit a museum or two, and have a sample or three at one of the many souvenir shops filled with local snacks, teas, and rice wine. 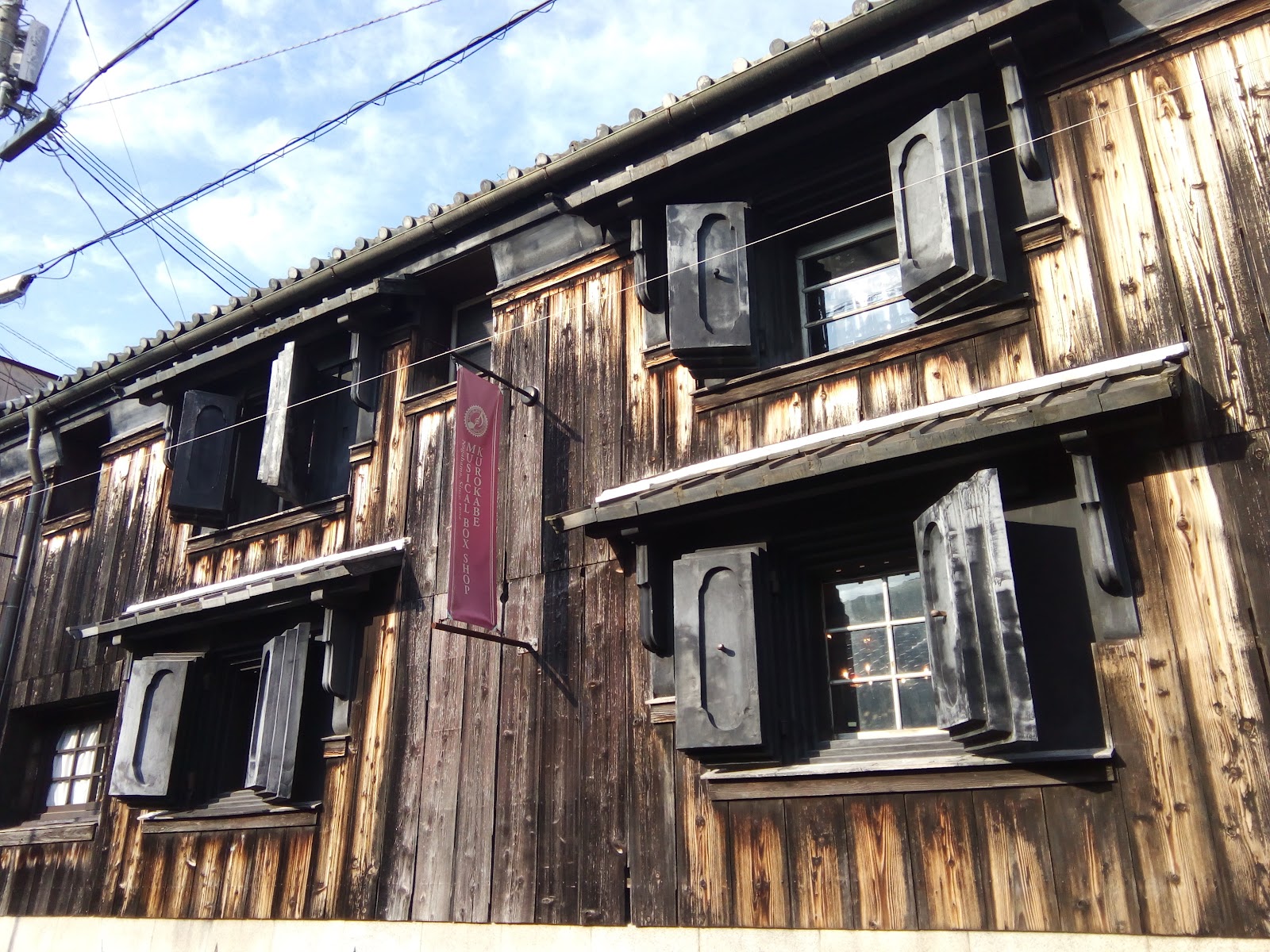 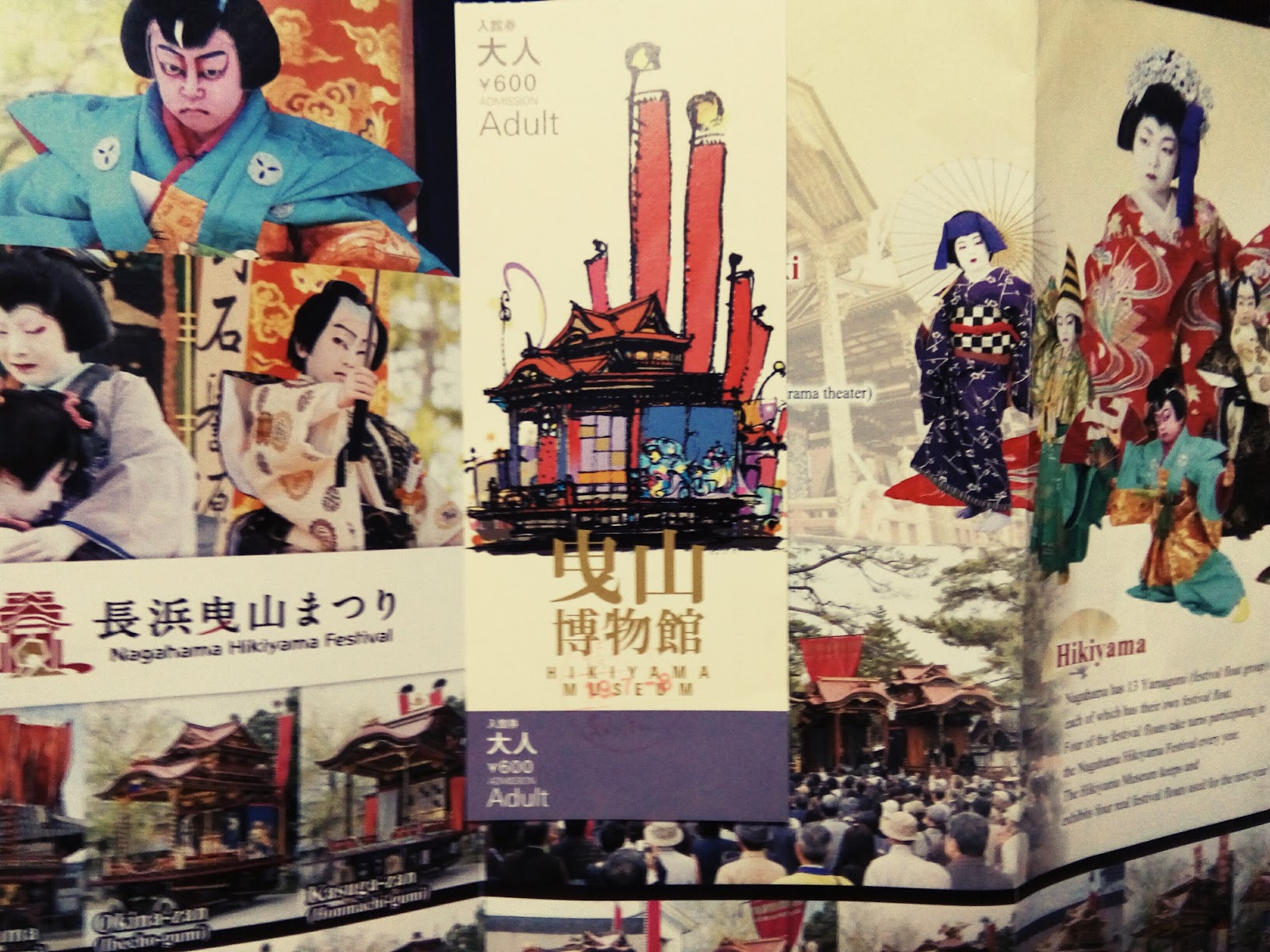 Another thing Nagahama is renowned for is its Hikiyama Matsuri, held in mid-April.  Hikiyama is the word for the enormous and elaborate floats pulled during many of Japan’s festivals. What makes Nagahama’s Hikiyama Festival unique is its Kodomo Kibuki performances. Nagahama’s festival is one of the last remaining festivals where one can watch children perform traditional Kibuki theater! There are also a number of fascinating ceremonies leading up to and surrounding the festival. Stop by the Hikiyama Festival Museum to see the ornate floats up close, stand on a Kibuki stage and try your luck at shooting a bow and arrow. 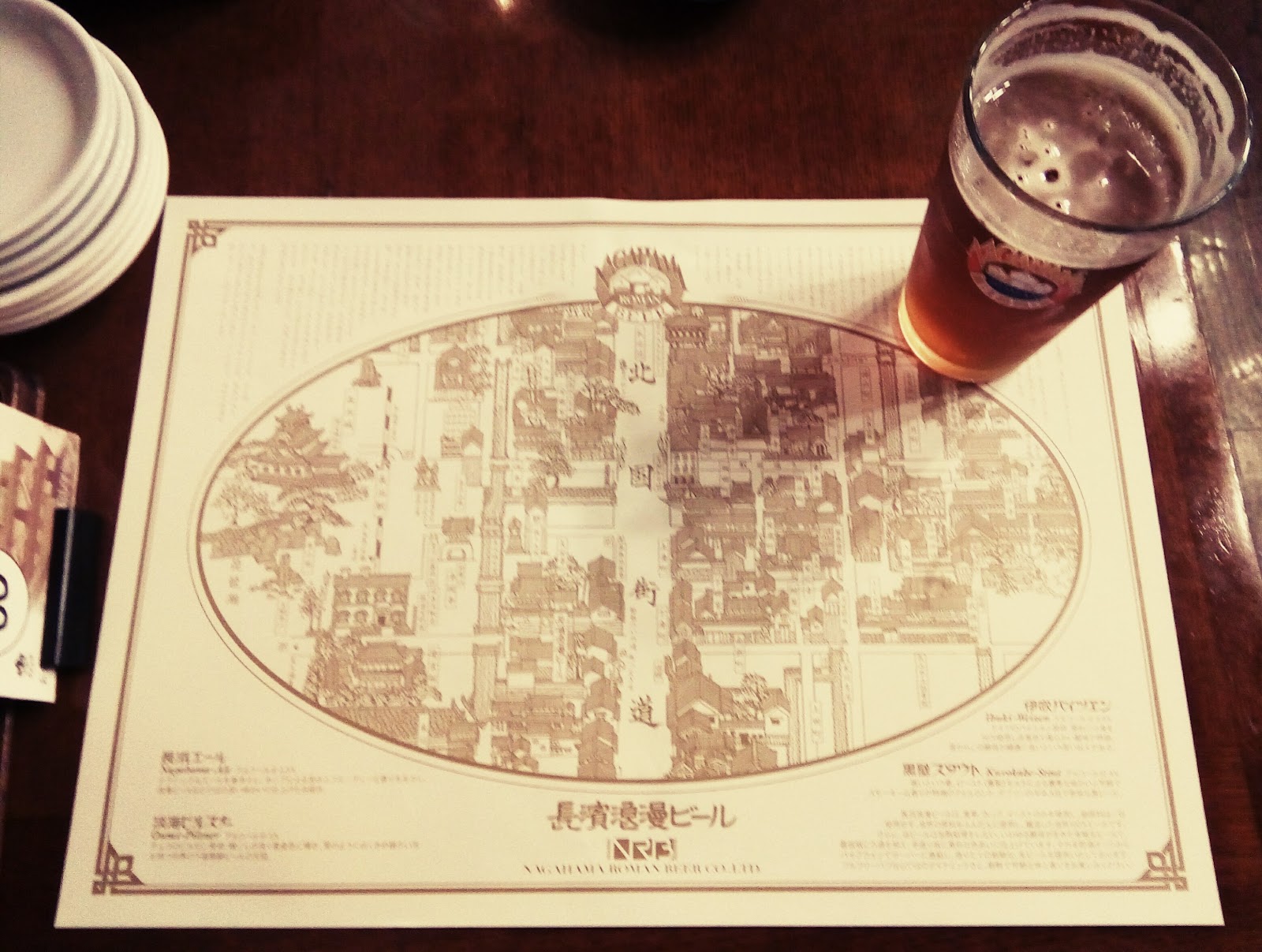 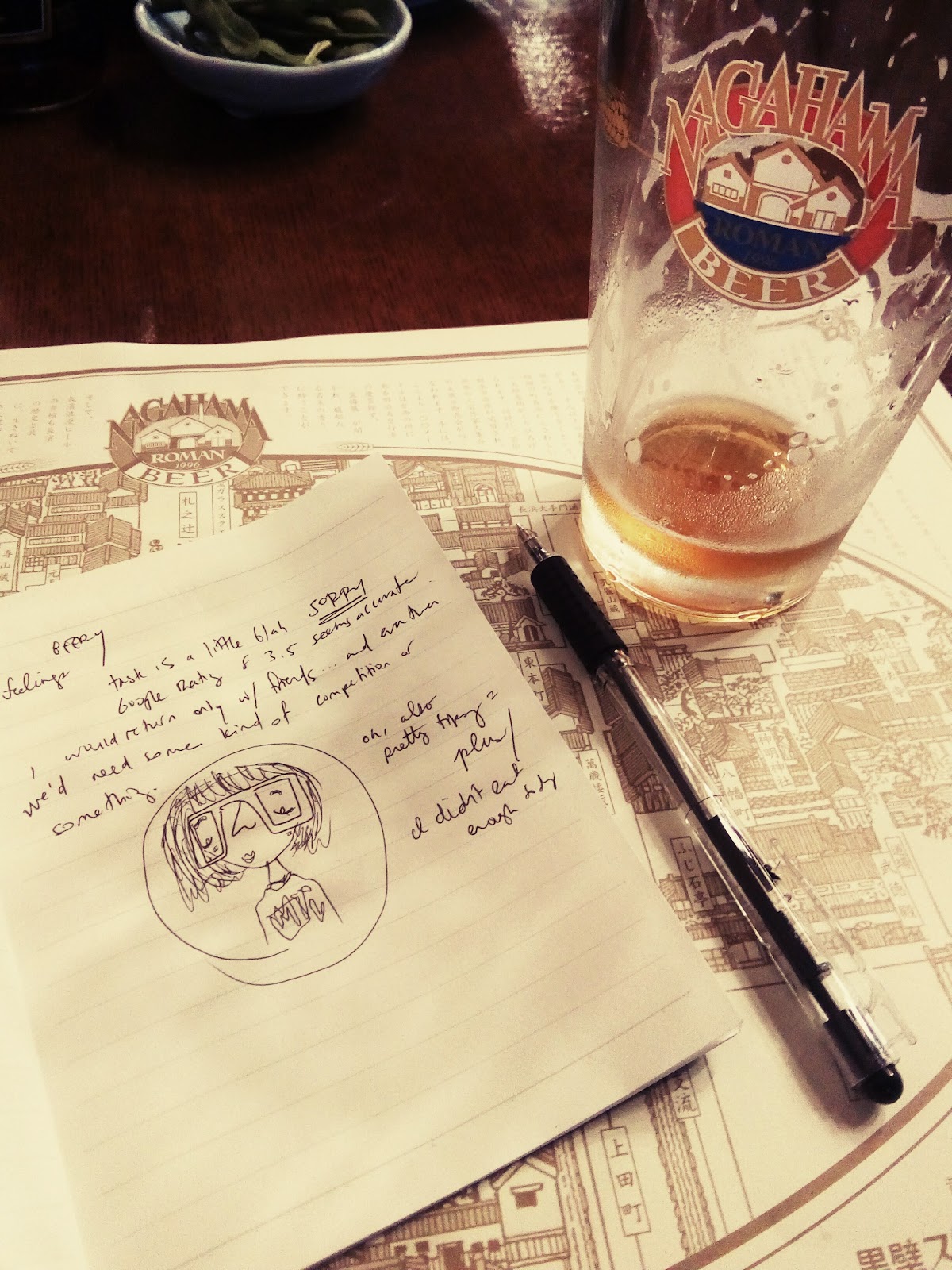 Upon arrival in Nagahama, one will note that every shop in town that carries beer proudly carries their local brewery’s brew, even the 7-11!  So we had to check out their brewery restaurant, which is located close to Nagahama station. The restaurant was a bit lacking in "good vibes" for a local brewery, but what we did love was the off-kilter music and 1,980yen 90 minute all you can drink option, which features Roman brewery’s four brews, as well as Nagahama distillery’s whiskey!

What better way to end a wonderful day of wandering than by returning to Ho Park for a relaxing dip at Houkousou Hotel ‘s famous Nagahama Taiko hot springs, open to hotel guests as well as the general public. 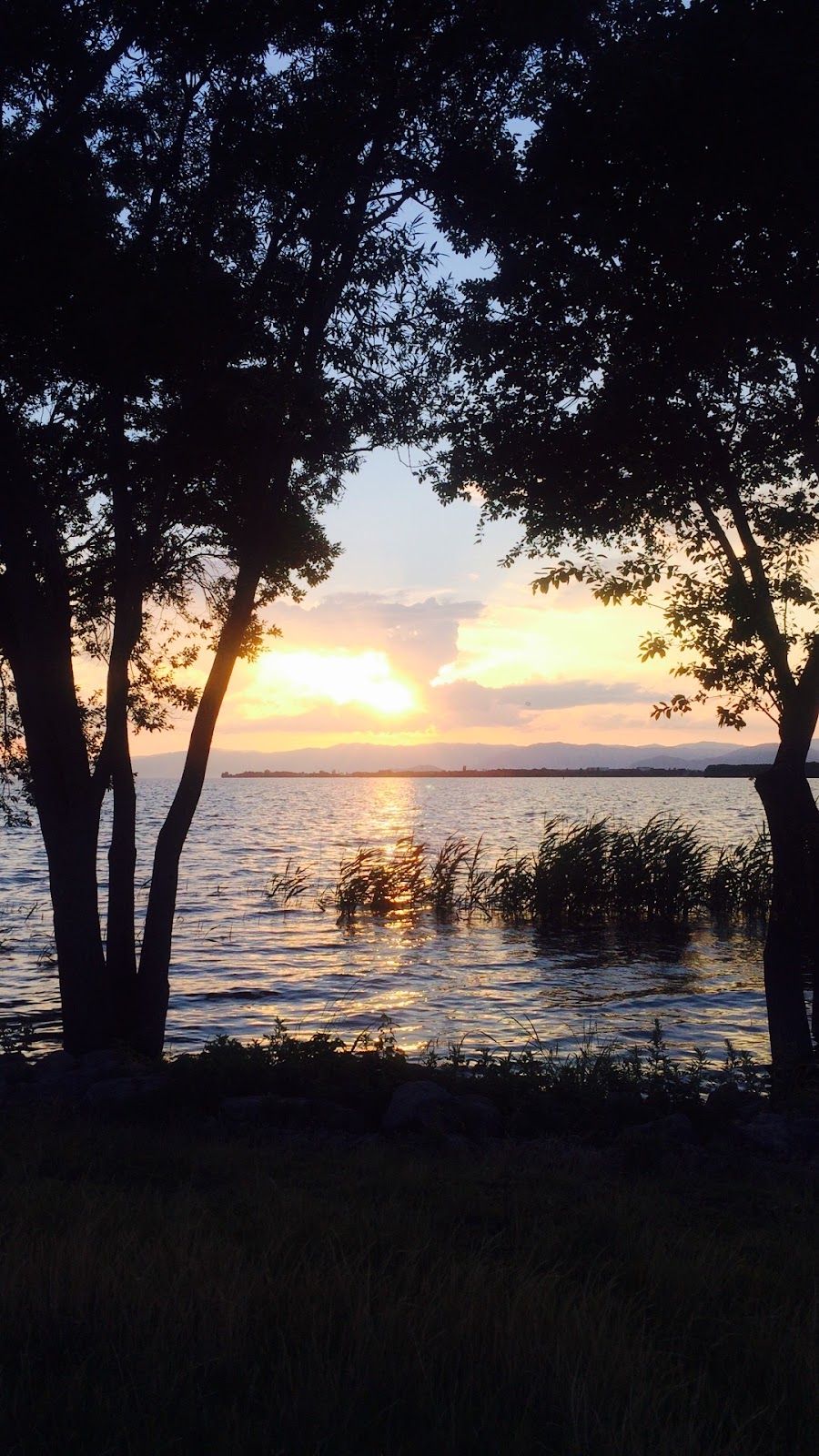 Carry that hot bath buzz, and maybe a Nagahama Ale or two, down to the lake to watch the sunset on your perfect day in Nagahama.